In Ocala, Marion County, Florida, the State charged our client with lewd and lascivious battery of a child between 12 and 16 years of age. The crime was alleged to have been committed by a stepfather on his stepdaughter in multiple states.

Trial began on November 18, 2021 and lasted two days. Gilbert Schaffnit represented the Defendant for all proceedings, including trial. Our office put forth a vigorous defense and refused to accept a plea of 10 years and instead proceed to trial.

The jury exonerated the Defendant by finding him not guilty after deliberating for over 6 hours. While the victory was very emotional victory for the Defendant, it did not lessen the stress he endured due to being wrongfully accused of serious crimes that could have resulted in a very lengthy term in state prison.

Gilbert A. Schaffnit is an experienced trial attorney with over 40 years of experience winning trials in both state and federal court. It was an honor and privilege to represent the Defendant in this case and his exoneration was an great example of our justice system at work. 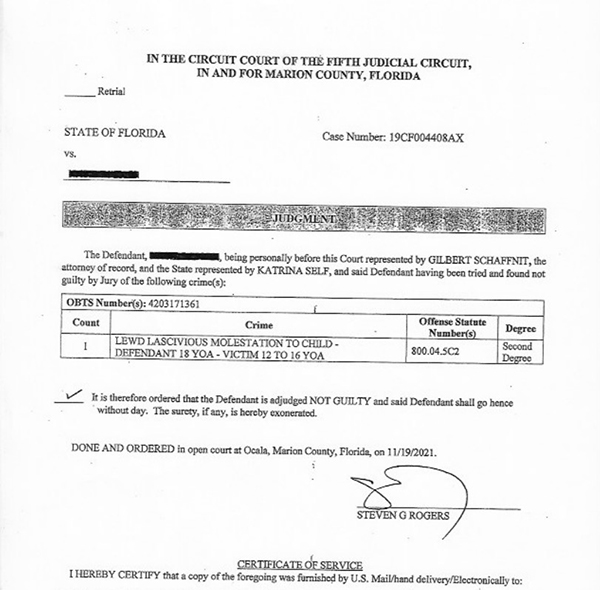