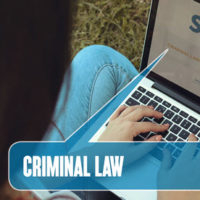 A Florida Boy Scouts leader is facing charges after police confiscated a digital device and found 38 images of children in sexual positions. The Florida Department of Law Enforcement’s Orlando Cyber Crime Task Force launched an investigation after they received a tip from The National Center for Missing and Exploited Children that the man may have child pornography in his possession. They found that the Umatilla man did indeed possess such images and they obtained a search warrant.

A forensic preview of the digital device showed 38 photos of children under 18 years old. Some were girls as young as 2 years old. A judge set a $10,000 bond for each image found. He faces prosecution by the state attorney’s office.

The 67-year-old man, who had been involved in the Boy Scouts for more than 30 years, has now been banned from the organization. The Florida Department of Law Enforcement is asking parents who have information about the Lake County pack leader to call (407) 245-0888.