Conviction Overturned? You Are Entitled To A Refund 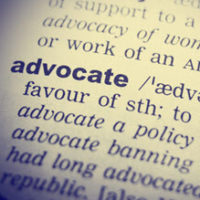 The United States Supreme Court recently ordered in the case of Nelson v. Colorado that an individual whose criminal conviction has been overturned on appeal is entitled to receive a refund for the court fees and restitution they may have paid. This ruling comes in response to a Colorado state law (known as the Exoneration Act) that allowed the state to keep the exonerated individual’s previous payments until the individual proved their innocence at the civil court level. The Supreme Court found that this rule was a direct violation of the Fourteenth Amendment to the Constitution, as it violated the due process rights Americans are entitled to.

The dispute around this matter regards Louis Madden and Shannon Nelson, who were convicted at the state criminal level and sentenced to prison and required to pay fees and restitution. Later, their convictions were overturned, however, the state required them to prove their innocence at the civil level before they could be refunded for their costs. The state of Colorado argued that the presumption of innocence is only applicable at the criminal trial level, therefore, this requirement was legal.

In a 7-1 ruling, the court found that the sole purpose of the funds the individuals paid was due to their convictions. Therefore, if their conviction has been overturned, the state of Colorado has no right to hold onto to the funds. Since the individuals are now considered innocent, the court found that they should not have to bear the burden of proving their innocence in order to get their money back.

Justice Clarence Thomas was the only Supreme Court Justice who offered a dissent on the ruling. He found that although the money would have never belonged to the state if the individuals had not been convicted, once they had been convicted and paid the fees, the money belonged to the state. Thus, he found that the individuals were not being “deprived of their property”.

The main takeaway from this ruling is that the Supreme Court used this case as an opportunity to underscore an individual’s presumption of innocence unless proved otherwise. The court found that once a conviction has been overturned the individual is presumed completely innocent. This means that the Supreme Court found that the state of Colorado had no right to consider an individual “guilty” enough to keep their money while also acknowledging that they are innocent at the criminal level.

Do You Need Help in Your Criminal Case?

This case serves as a prime example showing just how bizarre our legal system may be. While the United State’s justice system is a fine-tuned machine by most accounts, this case serves as a reminder of the blatant quirks that still exist within the system. This should serve as encouragement for anyone facing a criminal charge. The criminal system at the state and federal level can be extraordinarily intimidating, however, with the help an experienced Florida criminal defense attorney you can enjoy the peace of mind of knowing a knowledgeable individual is advocating on your behalf. Your attorney will analyze your situation and develop a plan to help you maintain your freedom. For more information, contact the Law Offices of Gilbert A. Schaffnit at 352-505-1799 now for a free initial phone consultation.