Florida CPA Sentenced To 8 Years In Prison For Child Pornography 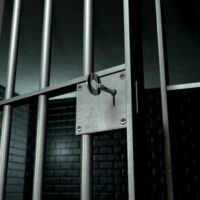 The Lantana man, who goes by the nickname “Dandy Daddy,” is being accused of chatting online with people who have an interest in videos depicting the sexual abuse of children. The man admitted to using Kik chat rooms to distribute these videos to approximately 100 people.

From 2020 to 2021, the man used the mobile app to communicate with others about child sexual abuse material. They would also trade sexually explicit images. In January 2021, a search warrant was executed at his home in Lantana. Investigators found him to be in possession of at least 4,000 images and videos depicting child sexual abuse.

His 102-month prison sentence amounts to 8 1/2 years. Under federal sentencing guidelines, he will be required to serve at least 86 months, or seven years and two months, of that sentence. Once he gets out of prison, he will also face 20 years of supervised release.