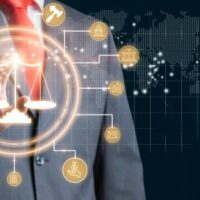 A Florida man was recently arrested for possessing child pornography after it was discovered that he uploaded these images onto the internet. The 42-year-old man was arrested on March 2 at his home in Escambia County.

The investigation began on February 22. That was when the National Center for Missing and Exploited Children discovered someone using a chat platform to upload videos of children being sexually abused. Twenty-one videos were uploaded between February 11 and February 14. They featured children as young as 1 year old engaging in sexual acts. Some of the children were as old as 12. Deputies were able to trace the videos to the IP address of the man.

On March 2, while investigators were on their way to the man’s home, they spotted him being picked up by an unknown man. They stopped him and took him to the Pensacola Police Department. They then executed a search warrant on his home.

The man was arrested and charged with 21 counts each of obscene material possession and use of a two-way communication device to commit a felony. He is currently in Escambia County Jail. Bond has been set at $210,000.

When you think of someone sexually abusing children, you may think of inappropriate touching. However, a person can sexually abuse a child without even touching them. This is most often done through child pornography.