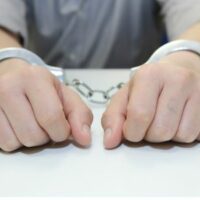 The Polk County Sheriff Department is still conducting an investigation. They want to determine where the man got the child pornography and who he sent it to. They also want to know if he had any physical contact with the children or sexually abused them in any way.

What this means is that the victims are getting younger and younger. Instead of teens and adolescents, people look for victims who are toddlers and even babies.

On top of that, the offenses are getting more extreme. The children are not only sexually abused but physically abused as well. The offenses are sadistic and even violent. Examples of sadistic behavior include torture and suffering, such as whipping, beating, strangling, shocking, burning, and even stabbing. While sadomasochistic behavior is often seen in relationships, it is done with mutual consent, as both parties receive pleasure. Children do not typically receive pleasure from sadomasochistic behavior, which is what makes these child abuse images so devastating.