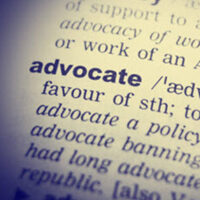 The teacher has been investigated by undercover agents since October. In March, agents discovered the IP address. On May 12, they served the man a warrant at his residence.

Over the last seven months, the man had taught at seven schools: Celebration High, Osceola High, Poinciana High, NeoCity Academy, New Beginnings, Horizon Middle, and Sunrise Elementary. He has since been fired, with April 14 his last day working for the Osceola County School District. So far, it appears that no students in the school district were victims.

This is not the first instance of a substitute teacher from the Osceola County School District getting arrested. In 2019, a  substitute teacher was arrested for allegedly molesting nine girls who were students at three elementary schools in the district. The girls were between 6 and 8 years old. The man was charged with 17 crimes.

Get help from Florida child pornography lawyer Gilbert A. Schaffnit. We can assess your case and aggressively fight for your rights to help you get a favorable outcome. We may even be able to help you get your charges reduced. To learn more, call (352) 505-1799 or fill out the online form and schedule a consultation.