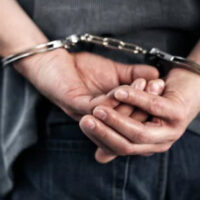 Investigators served a search warrant at the boy’s home on October 23. At that time, the boy told his parents that he had sexually explicit images of children on his phone. Flagler County sheriff’s deputies, the Volusia County Sheriff’s Office and the North Florida Internet Crimes Against Children Task Force all played a role in the investigation.

Law enforcement officials are asking parents to keep their children safe, especially when online. With so many children engaged in distance learning, more and more predators are luring and coercing children through the internet and social media apps.

It is possible for a teen to get arrested for sending a nude selfie of themselves. This is common thanks to sexting, which is prevalent due to smartphones and other technology. A conviction can lead to stiff penalties, even if the parties agree to the nudity.

Some teens do not even know that what they’re doing is a crime. They may think of it as simply an innocent exchange of photos. However, if they get caught, a conviction can ruin their lives for a long time.