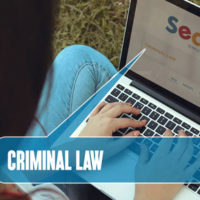 Parents in Florida are becoming more concerned about safety after the recent shooting at Marjory Stoneman Douglas High School in Parkland. The massacre was conducted by a 19-year-old, who killed 17 people and seriously injured 14 others. The shooting has put many parents on edge. One father decided to take action. Upset by his 18-year-old son’s social media posts about guns, he turned over his son’s phones to police.

His online threats and photos of guns gained attention from state and federal authorities. The Miami-Dade County teen told detectives that he likes guns and will continue to post about them as he wishes. The teen’s concerned father turned over the boy’s iPhones to police.

While the teen faces one charge of improper display of a weapon, he faces another shocking charge: possession of child pornography. The Secret Service found a video involving a child under the age of 10 in sexually explicit poses. The teen was arrested on February 23.