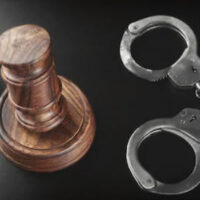 Let’s be honest: teens often experiment with sexual activity. While it’s not necessarily illegal for them to have sex with someone roughly their own age, recording the sexual acts and posting them online for others to see does constitute child pornography if the performers in the videos or photos are minors under the age of 18.

Three teen boys were recently arrested in Florida after being accused of producing a video of one of the boys having sex with a girl. A 16-year-old boy was in a video with a 12-year-old girl and it was displayed on Snapchat at a school.

Many teens engage in sexting, in which they send sexually explicit photos of themselves to others. While teens may think this behavior is OK, it’s not. It’s technically illegal under the law, since the subjects in the images and videos are under the age of 18.

Florida has sexting laws in place. For the first offense, the minor has the option of paying a $60 fine, completing eight hours of community service, or participating in a cyber-safety program. For the second offense, the minor will face first-degree misdemeanor charges, which can mean up to one year in jail. For a subsequent offense, the charge is elevated to a third-degree felony, which is punishable by five years in prison, five years of probation, and a fine of $5,000. Florida Statutes, §847.141.