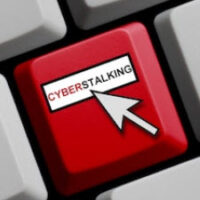 Many people get bullied in person, but more and more people are getting bullied online. Social media and dating websites have made it easy for people to harass and threaten someone electronically. While some people think it’s not too big of a deal, it actually is. It’s called cyberstalking and can actually be a felony in some cases.

The woman had texted and threatened a 36-year-old woman from Key West who began dating her ex-boyfriend. She also created a fake dating profile as “Islandbabe1234″ on the website Seeking Arrangement. On the website, she posted the woman’s address and wrote the words “fresh meth tonight.” Many strangers in the area went to the woman’s home, looking fro sex and possible drugs.

The victim started to receive harassing texts on October 21. Many of the texts included threats, such as “You think texts are bad, next is your house and your job.” The victim received a restraining order against the other woman on October 28. The two have supposedly never met.

The woman’s 5-year-old daughter even started texting the victim. While the victim blocked the phone number, the woman started to call her from other numbers. That was when the woman posted the fake dating profile on Seeking Arrangement, which helps pair women with “sugar daddies.” On the profile was the victim’s photo, address, cell phone number and an invitation for men to have sex at her home. The victim claims that multiple strangers came to her home shortly after the profile was posted. Some even sent her nude photos.

Cyberstalking is a form of stalking that is done electronically, such as from a computer or cell phone. It involves communicating with a specific person, through words, images or some type of language. The language is often harassing in nature and causes the victim to suffer from severe emotional distress.

Simply calling someone “stupid” or cursing at them one time isn’t necessarily cyberstalking under state law. Cyberstalking is often repeated and causes someone to fear for their life. Most cases of cyberstalking are classified as first-degree misdemeanors, which can result in up to one year in jail.

Cyberstalking may seem like a funny prank to some, but victims can face emotional harm from the bullying and harassment for many years. In cases such as this, where the harassers know their victims’ addresses and phone numbers, the victims may never feel truly safe in their own homes.

Cyberstalking laws are harsh in Florida. Get experienced representation from Florida computer crime lawyer Gilbert A. Schaffnit. He has 40 years of criminal defense experience. Call (352) 505-1799 or fill out the online form to schedule a free consultation today.