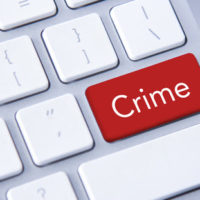 When parents leave their children in the care of a teacher or coach, they expect that they will be safe. However, with access to child pornography becoming more prevalent in this country—and even this state—authorities are seeing an increase in arrests among those in a position of authority. One local example is a Lakeland gymnastics coach.

On January 30, police showed up at Elite World Gymnastics in Lakeland with a search warrant after receiving a tip from the National Center for Missing and Exploited Children. Officers from the Computer Crimes Unit in Polk County arrested a 21-year-old man who worked as a gymnastics coach at the facility. The man had worked there for the last four years and his sister, brother-in-law and parents have owned the complex since 2012.

The gymnastics coach, who coached kids ages 3 through 12, admitted that he knew what he did was wrong. He now faces 22 counts of child pornography possession.

The Gainesville criminal defense attorneys at the Law Offices of Gilbert A. Schaffnit can help you protect your rights and freedom. We can assess your case and possibly reduce your penalties. Schedule a free initial telephone consultation today by calling our office at (352) 505-1799.