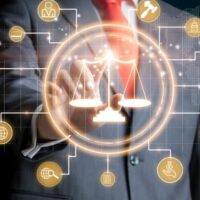 Nobody expects a respected teacher — especially a nationally recognized one — to commit a crime, especially a sex crime that involves a child they met online. This was recently the case in Florida, where a teacher was arrested for sexually assaulting a 16-year-old boy.

The 46-year-old man was arrested on October 3 after meeting up with the teen in person, after the two started communicating on Tinder. The incident began in Connecticut, where the boy lives, and continued until the teacher surrendered himself to Fort Lauderdale police.

What makes this case devastating is that the man was a good teacher, nationally recognized for his teaching abilities. In 2015, the man was recognized as an honors and AP chemistry teacher for students in grades 9-12. He was also one of 108 mathematics and science teachers in the country who received the presidential award for excellence from former President Barack Obama.

The teacher, who lives in Fort Lauderdale, is accused of using Tinder to meet the teenage boy for sex in South Florida. The communication continued on Snapchat, where the two would exchange nude photos and talk about sex. While the teen did lie on Tinder and claim to be an 18-year-old, he claims he told the teacher that he was a minor.

In April 2021, the teen was in Miami-Dade County on vacation with his mother to visit a relative in Golden Beach. The teacher persuaded the teen to meet. He picked up the teen in Golden Beach and drove him to his home in Fort Lauderdale, where the two engaged in sexual activity.

The teen allegedly told his friends and later regretted the incident, which led to depression. He told the teacher, who told him that the sexual encounter was “consensual.” The teacher warned the boy not to tell anyone or else he “could get in trouble and lose his job.”

The teen blocked the teacher on Snapchat in June 2021. Four months later, the teen wrote a college essay about the incident. School officials became aware and urged the boy to tell his mother. She notified police, which launched the investigation.

Detectives have evidence of the communication between the teacher and the teenage boy. The man is facing charges of multiple sex crimes, including sexual assault on a minor, traveling to meet a minor, obscene communication, use of a computer to seduce a child, and buying or selling a minor’s information for sex purposes. The man was released from prison on October 4 after paying a $40,000 bond.

Teachers have access to children of various ages, but it’s implied that they wouldn’t do anything to harm them. It’s devastating when they break their trust by engaging in sexual activity and other crimes.

Have you been accused of a sex crime involving students or other minors? If so, contact a Florida minor sex offense lawyer from the Law Offices of Gilbert A. Schaffnit. We’ll provide you with the best representation and defense possible. Schedule a consultation today by calling (352) 505-1799 or filling out the online form.