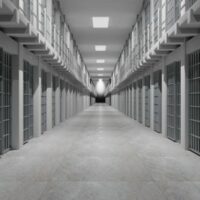 While child pornography is an activity shared by people of all ages and all walks of life, it’s not legal. Possessing and even viewing photos and videos of minors engaging in sexually explicit acts is against the law.

Investigators began investigating the doctor in June 2020 after someone gave a tip to the South Florida Internet Crimes Against Children Task Force, The task force then got a search warrant that let them search the man’s Yahoo email account. That was where they found a video that showed a man raping a young girl.

Investigators then searched the doctor’s home in Parkland in October 2021. He admitted that his Yahoo account was his “hidden secret.” He also confessed to being sexually excited by the photos and to being sexually attracted to 13-year-old children.

The pediatrician used an email account to keep a video showing a naked girl around 5 or 6 years old being sexually abused by a man. Investigators used search warrants to search the man’s computer and smartphone. On those devices, they found photos of teens and young children in their underwear. The photos were allegedly taken without their knowledge.