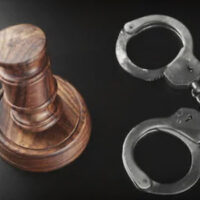 What do a teenager and a director of the Salvation Army have in common? Both have recently been arrested for child pornography charges in Florida.

It may be shocking that a 17-year-old boy and 69-year-old director of a faith-based charity would be arrested for the same heinous crime, but it happened. The 69-year-old man was arrested back in January, but his arrest had somehow been kept quiet by the media. The teen was arrested on March 22.

The man had spent the last 18 years at the Salvation Army’s residential rehabilitation center serving as a program director and senior counselor. There, he provided drug and alcohol counseling for more than 5,000 people. He has since been fired from that position.

The man is currently in Duval County Jail. He has pled not guilty to the charges. His bond, once set at $800,000, has since been lowered to $22,000. His pretrial hearing was scheduled for March 24.

If you are facing accusations, you need a Florida child pornography lawyer from The Law Offices of Gilbert A. Schaffnit right away. We’ll provide you with a solid defense and get you the best outcome possible. To schedule a consultation, call (352) 505-1799 or fill out the online form.