What Is Sexual Battery? 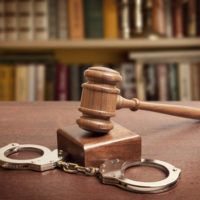 Sexual battery charges are some of the most serious charges under Florida law. In most cases, sexual battery is commonly referred to as rape and is defined as “sexual penetration without consent”. What may be surprising to people is that most occurrences of sexual battery are not between strangers, but in most instances, it is between two people who know each other and often involve alcohol or drugs.

Reach Out to Us for Help

Any allegation of sexual assault should be taken very seriously. It is just your word against someone else’s and anyone can be charged with sexual assault. Due to the sensitive nature of the charges even allegations can cause severe damage to an individual’s reputation. Although everyone is innocent until otherwise convicted, the reality is that the law enforcement and public opinion will not treat you as fairly. The uphill battle of clearing your name can be complex and challenging. Thus, it is critical to retain an attorney as soon as you are aware of any potential allegation. Do not leave your future and civil liberties to chance, contact the Law Offices of Gilbert A. Schaffnit today.