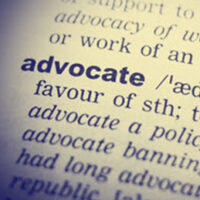 The operation was helpful to the community in a couple ways. Not only were all offenders were removed from the community, but two children were taken out of a sexually abusive environment.