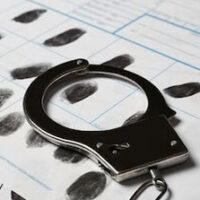 The man admitted to police that he enjoyed looking at sexually explicit images of women and girls. He told police that he though that the child had to be under the age of 12 in order to be convicted of child pornography charges.

However, many of the images in the man’s possession were clearly of children under the age of 12. Some of the children in the photos were under the age of 5. They were engaging in sexual activity with an adult male.

The man is somewhat well-known in his own right. He is a retired Air Force lieutenant colonel and author of the book “Nine Lives in the Air: The Adventures and Misadventures of an Air Force Pilot.” He spent 26 years in the military and has been married for more than 60 years.

Protect yourself with the right criminal defense. It is possible to get your charges dropped or at least reduced with help from Florida child pornography lawyer Gilbert A. Schaffnit. Call (352) 505-1799 or fill out the online form to schedule a free consultation.