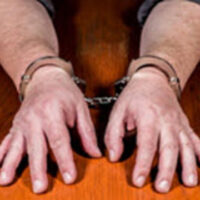 Some people download images so they can access them at a later date. This was what a Florida man did, but in a huge way. He didn’t just download a couple photos or even a couple dozen—the grand total was a whopping 7,548 images. The man was arrested on child pornography charges on March 31.

Authorities started their investigation a year ago, in April 2019. The National Center for Missing and Exploited Children discovered the man’s online activities and informed the Brevard County Sheriff’s Office. They traced the activities to an address in Merritt Island.