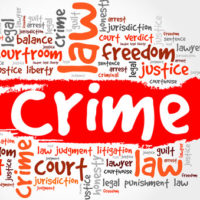 Police removed the two children from the car. That was when the 48-year-old man took his life, in front of his ex-wife. He shot himself and died from his injuries.

The incident led to a solo-vehicle crash involving a police cruiser. The car flipped over, causing significant damage. Fortunately, the officer inside was unharmed. Police are investigating the incident.