Florida Man Arrested for Trolling for Children on Snapchat 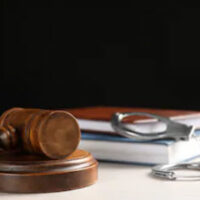 Almost everyone owns a cell phone nowadays. Even elementary school children have them, and many are even on social media sites such as Facebook, Instagram and Snapchat. While these sites are popular, parents need to know of the internet’s scary reality. These websites are teeming with adults who are attracted to children. These people are looking for young boys and/or girls for their next sexual assault victims.

With kids having so much access to the internet nowadays, it’s important for parents to keep their children safe. It’s easy for children to communicate with strangers online. In fact, 1 in 5 children have been solicited for sex and 60% of teens have received communication from strangers. An even scarier statistic is that half of them have replied. Many children have been cyberbullied by classmates and even strangers. Such experiences can affect a child for a long time.

Sex crimes against children are taken seriously. Sending children sexually explicit photos and threatening sexual crimes against them is not tolerated in Florida or any other state.

Are you accused of such a crime? If so, get help right away from Florida minor sex offense lawyer Gilbert A. Schaffnit. He will fight for your rights and help you obtain the best outcome possible. To schedule a free consultation today, call (352) 505-1799 or fill out the online form.