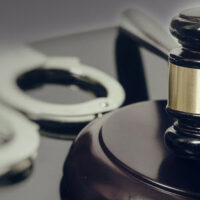 As a parent, it’s expected that you would keep an eye on your children while at a park or beach. However, it’s a little creepy when a stranger is watching your kids, especially when your little ones are clad in swimsuits. It’s even weirder when the person watching your children is a naked man.

He was recently arrested again. On June 24, the man was at Grayce K. Barck North Beach Community Park. He was sitting on the beach wearing nothing but a hat. He also had a towel in his lap. He told police he was looking for his cat, even though witnesses saw him staring at children wearing swimsuits.

Sex crimes in Florida are taken seriously. Even possessing a photo of a naked child can result in harsh penalties. These crimes are often prosecuted under both state and federal law. Child pornography is defined as a depiction of a minor engaging in sexually explicit conduct, which includes the following:

However, the potential prison sentence will depend on various factors, such as the following:

Florida child pornography lawyer Gilbert A. Schaffnit can provide you with the criminal defense you need to reduce or even eliminate your charges. Schedule a consultation and get aggressive representation today. Call (352) 505-1799 or fill out the online form.