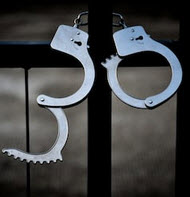 In late November, the 42-year-old man pled guilty to attempted production of child pornography. He is scheduled to be sentenced on February 1.

The man had been working as a teaching assistant in Dothan, Alabama. He was also a travel softball coach but pretended to work for University of North Florida. His goal was to meet up with underage girls. He then engaged in inappropriate conversations with teen girls in several states, including Florida, Tennessee and Alabama.

The man was arrested after he thought he was sending a sexually explicit video to a 15-year-old girl. The girl turned out to be an undercover police officer.

Regardless of the situation, there are some things you need to do to protect yourself. The most important thing you can do is keep quiet. Do not say anything about the case to anyone. Do not tell your friends and family members. Do not post anything on social media. You don’t even need to make a statement to police. Anything you say will be used against you. Get a lawyer on your side as soon as possible to start preparing your case and a possible defense.

Expect that your electronic devices will be seized. This includes any desktop computers, laptops, tablets, smartphones and any other devices with an internet connection. Police will be looking at the content on these devices thoroughly. If you need a computer—such as for work purposes—you’ll need to get a new one.

By Law Offices of Gilbert A. Schaffnit | Posted on February 1, 2019